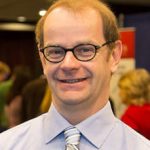 The award was established to recognize outstanding service, dedication and excellence in research administration at UW–Madison. Recipients receive the award certificate and a monetary award to be used toward professional development in the field. 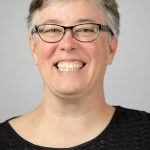 “It means the world to me, not only because I received it, but because it is named after Bob,” Fowler says. “It is an immense honor receiving an award named after your mentor and friend. Without Bob, my past and present supervisors, and my cohorts within CALS and across campus, I would not have received the award. I did not do this on my own. I’ve gleaned bits and pieces of knowledge from them all. I am overjoyed to receive the award and beyond thankful for those who nominated me, and all people I work with.”

In presenting the award to Fowler at last month’s Symposium for Research Administrators, Kim Moreland, associate vice chancellor for research administration and director of Research and Sponsored Programs, said, “This is the first year of this award made in Bob’s name, and we have selected a very special person to be the recipient. This is someone who worked with Bob and who was encouraged by Bob throughout her career. This is someone who truly represents the qualities of service, commitment and excellence.”

“Her knowledge incorporates all the different “puzzle pieces” that are needed to show the bigger picture of the many complications in the research world. Other leaders in research administration turn to Sandy for advice and her advanced knowledge,” the nomination letter for Fowler noted. “If you attended any of her presentations or reached out to her with a question you would see and hear what a great leader she is, the extensive and varied experience she has, and how she is able to engage people with her personality and communication style.”

She currently serves on the National Council of University Research Administrators Professional (NCURA) Development Committee, and Andresen himself nominated her to be a member of the NCURA National Faculty.

Andresen served as treasurer and then president of NCURA and he was a founding member of the NCURA Global Faculty. In 2016, Andresen was the leader of a delegation of university representatives to Cuba, in an effort to enhance research collaboration among American and Cuban scientists. He taught grants management across the country and in international locations such as Qatar, United Arab Emirates, Saudi Arabia, England, Italy and Russia. He was also a leader in the Federal Demonstration Partnership and the Council on Governmental Relations.

Andresen received the International Award for Excellence in Research Management Leadership in 2020, and he was designated an NCURA Distinguished Educator.

“He was dedicated to his profession, and he shared his knowledge widely and skillfully with his colleagues,” Moreland said “He was respected, admired and loved by all the people with whom he worked. His sense of humor was legendary. His children’s book, ‘The Best Job of All,’ is available in six languages.”