The National Institutes of Health recently announced that the University of Wisconsin–Madison’s Women in Science & Engineering Leadership Institute, is one of 10 winners in its inaugural competition to recognize U.S. universities that have demonstrably helped close gender gaps in academia.

Since 1972, when Title IX made illegal the exclusionary quotas that had systematically barred women from entering fields in science, technology, engineering, mathematics, and medicine (STEMM); women scientists, engineers and physicians (many from UW–Madison) have made transformative contributions in all STEMM disciplines. However, despite significant progress, gender gaps in the STEMM workforce remain, especially at senior levels. Frustrated by this persistent gender gap and its negative impact on scientific discovery, NIH decided to try something different. Departing from the traditional grant mechanisms, NIH offered a prize for the most successful gender equity interventions.

UW-Madison’s intervention is WISELI itself which was selected to receive a $50,000 prize and be honored at an NIH forum in October. Established as a research center in 2002 with funding from the National Science Foundation’s ADVANCE Institutional Transformation program, WISELI’s goal was to increase the participation and advancement of women at UW–Madison, particularly in STEMM. Nearly 20 years since its formation, WISELI is recognized as a visible, campus-wide research center, endorsed by top-level administrators, that uses UW–Madison as a “living laboratory” to study gender equity, diversity, and climate; implement evidence-based solutions; and measure success. 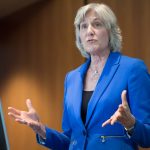 “Establishing WISELI as a research center was critical, because at that time the issue of women in science was not universally viewed as a valid area of research and scholarship,” explains Dr. Molly Carnes, co-director of WISELI and a professor in the Departments of Medicine, Psychiatry, and Industrial & Systems Engineering, and director of the UW Center for Women’s Health Research. “Having interventions emanate from a research center helped elevate the stature of gender equity efforts because research centers are recognized structures on campus.”

When WISELI began, UW–Madison already had longstanding programs aimed at promoting gender equity. These included part-time tenure clocks, tenure clock extension for childbirth or adoption and a Women Faculty Mentoring Program. WISELI targeted additional areas including the training of faculty search committees in practices that would increase the likelihood that women and others from underrepresented groups would apply and be evaluated fairly.

WISELI collects institutional data to track the progress of women faculty at UW–‍Madison and disseminates programming and materials that are in demand by colleges and universities nationally and internationally.

WISELI’s entry to the NIH competition, WISELI: A Wise Approach to Gender Equity, provides evidence that the center has been a major contributor to the increased number and percentage of women on the UW–Madison faculty in biological and physical science (BIO-PHY). 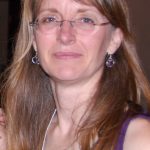 “We collect institutional data on many indicators of gender equity annually, including: faculty offers and hires, faculty demographics, tenure and promotion rates, and the demographics of campus leadership positions, allowing us to track WISELI’s effectiveness over time,”: explains Amy Wendt, co-director of WISELI, associate vice chancellor for research in the physical sciences, and professor of electrical and computer engineering. “Changing cultural norms of an academic institution requires interventions at multiple levels, but would not be possible without changing the attitudes and behaviors of the faculty who establish those norms. Thus, WISELI has aimed most of its interventions at faculty. This approach has led faculty themselves to implement changes in policies and practices and has extended the impact of WISELI beyond the initial focus of the ADVANCE grant on women in BIO-PHY to include all faculty at UW-Madison and other dimensions of diversity.”

A key element of several WISELI initiatives is educating faculty about the impact of unconscious bias on individual judgements and institutional processes, providing evidence-based strategies for minimizing the influence of such bias. These interventions include: Searching for Excellence and Diversity: A Workshop for Faculty Search Committees, Breaking the Bias Habit workshops, and the Bias Reduction in Internal Medicine (BRIM) Initiative, all of which were tested in controlled studies and found to be effective pro-diversity interventions.

WISELI’s Study of Faculty Worklife, a longitudinal study of workplace climate for UW–Madison faculty with six waves since 2003, is a critical aspect of WISELI as an intervention.

“The Study of Faculty Worklife shows improvements in the climate experienced by women faculty, and institutional data from 2001 (before WISELI) to 2020 are temporally associated with increases in women’s tenure and promotion rates, leadership positions, named professorship and campus awards,” Wendt says. “WISELI has impacted almost every facet of gender equity at UW-Madison and is often held up as a model for how to drive positive institutional change. For example, currently, over half of the 27 departments in SMPH are chaired by women–the highest in the United States.”

The Life Cycle Grant Program, an intervention aimed at addressing personal barriers that threaten a faculty member’s research, was informed by a large body of research identifying work-life balance as a particular challenge for women in demanding fields/professions. This grant provides research funds to faculty experiencing critical life events (e.g., significant and serious illnesses of self, a spouse, a child, or a parent) at important career junctures, e.g., between grants or at times that could affect decisions about tenure/promotion. Faculty use these funds to hire additional research staff or obtain other resources that sustain their research during challenging times.

The Celebrating Women in Science and Engineering Grant Program aims to address the lack of visibility of women scientists and awareness of their work by providing small grants of $,1000-$3,000, to applicants who seek to diversify their department’s or program’s roster of guest speakers by inviting and hosting women speakers. In recent years, we have prioritized applications that bring in women of color.

An interdisciplinary course, Women and Leadership in Medicine, Science, and Engineering, offered to graduate students, postdocs and early career faculty, introduces learners to research on gender and leadership, emphasizes bias literacy, and relies on reflective journaling and student-generated case studies to provide effective evidence-based strategies for navigating gender and leadership.

Lessons learned by WISELI’s efforts include: