Sixteen UW–Madison researchers were recently recognized on the Institute for Scientific Information™ list of Highly Cited Researchers 2022. The list identifies scientists and social scientists who have demonstrated significant influence through publication of multiple highly-cited papers during the last decade.

Researchers are selected for their publication record in one or more of 21 fields (those used in the Essential Science Indicators™, or across several fields.

Out of nearly 8M researchers in the world over the last decade, less than 1% have published multiple papers frequently cited by their peers that rank in the top 1% of citations for field and year. 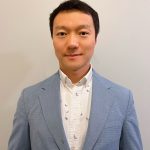 Although there are some seasoned citees on the UW–Madison list, among those cited from UW-Madison is Song Gao, associate professor of geography, who has made the list for the first time.

“This is my first time on this list and the only scholar who was named in the category of Social Sciences at UW–Madison, which increases the diversity and scope of representation of scholarly excellence for UW–Madison researchers,” Gao says.

“Researchers usually use citation count as one metric among many to measure scholarly impacts in the domain and beyond,” Gao says. “It is very challenging to get such recognition for social scientists. This is super inspiring for young scholars like me, who just got tenure in the social science division this year. Being on this list could also help build my future cross-discipline collaborations and funding applications as proposal review panels sometimes look a applicant’s productivity and citation impact.”

James A. Dumesic, emeritus professor of chemical and biological engineering